Finding Flooring For A Beautiful Home

Why You Need Floor Troughs In A Commercial Kitchen

Commercial kitchens produce massive amounts of food every day. They may be military kitchens, commissaries in major theme parks, or even hospital kitchens. Regardless of what type of commercial kitchen you work in, your kitchen should have floor troughs. Here are some major reasons why.

When you mop and sanitize the floor, you cannot leave the water or cleaner sitting on the surface. This creates the perfect situation for slip and fall accidents. The floor troughs prevent these accidents by creating a slope in the floor and draining off any liquid, like mop water and cleaners.

Animal Blood Can Be Washed Toward the Floor Troughs

In a commercial kitchen, you will be cutting up meat and cooking a lot of it. As you move from cutting to cooking, the meat is likely to drip blood. A simple sprayer hose with water can move the blood toward the floor troughs, thus preventing any transfer of bacteria from one space to another.

Soups, drinks, stews, sauces, and all other types of liquid or semi-liquid foods can be washed down the troughs as well. This is especially handy in a commercial kitchen, where it is easy to accidentally spill food liquids but not have the time to clean it up properly. Any solids, such as vegetables in soups and stews, land on top of the troughs' sifter grates, and the liquid washes through. A broom and dustpan or paper towel can clean up the remaining solids.

If Your Kitchen Floods, the Floor Troughs Help Remove the Water

Pipes burst and floods happen. If your kitchen is near a major waterway, or you have an emergency plumbing issue, the floor troughs will help channel and drain a lot of the water out and away from the kitchen. It may take a few days for flood waters to recede, but the troughs will definitely help. As for plumbing issues, the water will go straight down the floor troughs until you are able to shut off the plumbing that leads to the burst pipe.

If you do not have floor troughs already, you can get them installed. The difficulty is that you will need to close down the kitchen for about a week or more so that the plumbing under the troughs can also be installed. This usually requires ripping up the current floor and recreated it from scratch. 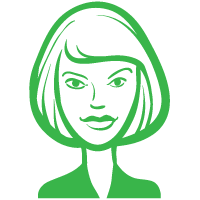 After we started building our new home, I realized that we needed flooring that would mimic our tastes while enduring the rigors of our children and pets. We started by bolstering the sub-flooring, and then worked towards finding flooring that would really look nice with our home decor. After a little bit of a hunt, we were able to find gorgeous hardwood plank flooring that warmed up the space without costing a fortune. This blog is dedicated to anyone who needs to find great flooring in a sea of available options. Check out this post for great information that can help you.